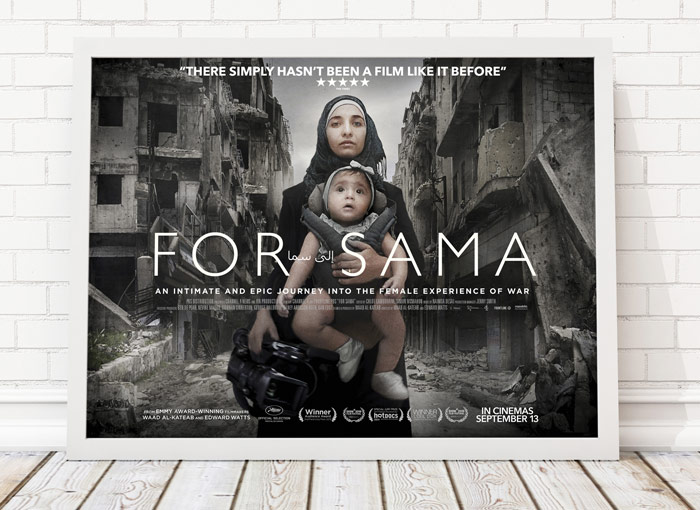 FOR SAMA is both an intimate and epic journey into the female experience of war. A love letter from a young mother to her daughter, the film tells the story of Waad al-Kateab’s life through five years of the uprising in Aleppo, Syria as she falls in love, gets married and gives birth to Sama, all while cataclysmic conflict rises around her.

Awarded the Prix L’Œil d’Or for Best Documentary at the 2019 Cannes Film Festival, the screen award is another in a long list of accolades for the documentary

Update – for sama has gone on to won numerous awards including Bafta film awards, BIFA

Other awards up for grabs at the screen awards were modern films, oteh rthing and other thing, all of which bobo worked on and did stuff with Nae parisian missed out to xxxx

Modern films picked up highly recommended i the distributor thing